Is that better than a higher temperature? Okay enough puns. I’ve been doing some research into the temperatures during July because, well, it will be hot. The pilot charts have some awesome offshore average temperatures for the month, which is probably a little hotter than what we’ll be experiencing, but is the best we have for offshore temperatures. 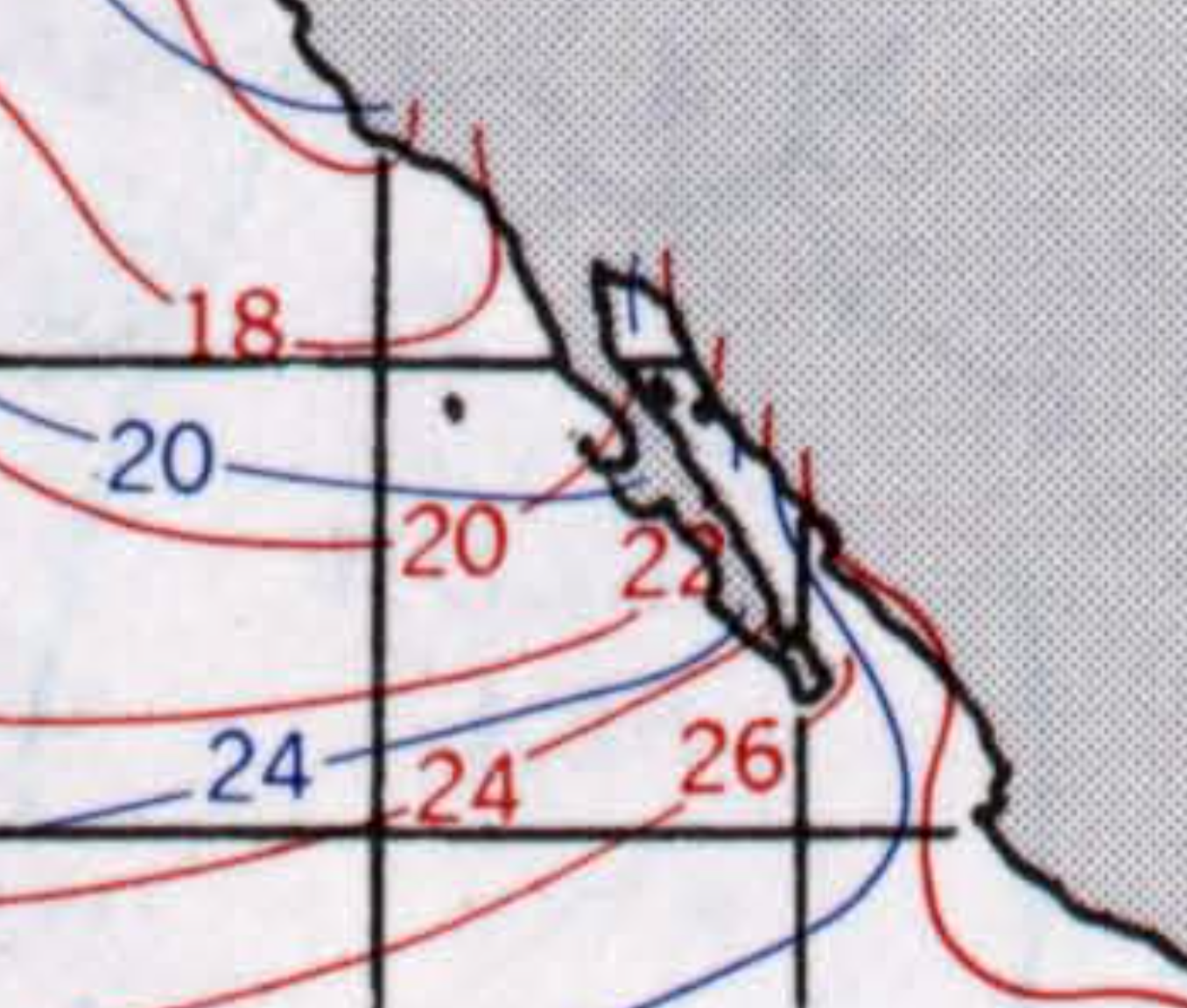 This chart shows the average air (red) and sea (blue) temperature in July. I’m mostly worried about the red lines because that’s the air temperature. Notice we start off near Puerto Vallarta, where the temperature is a balmy 29C (84F) and end in San Diego where it’s 18C (64F), or about 20F temperature drop. 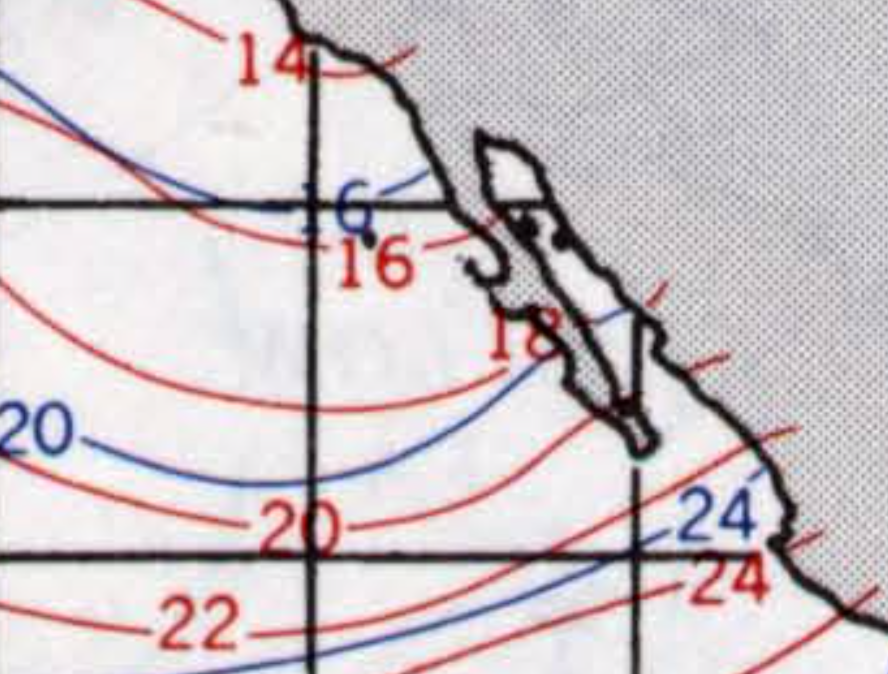