Our return trip was amazing. Mostly uneventful. I apologize for not posting anything earlier.

I started my new job at Facebook and that’s been taking a lot of my time. But there’s lots of news! I am only posting about the return trip now, but expect some additional posts for what’s left to do and especially about upcoming trips!

When we arrived in PV by plane, I tried to start the engines, but one engine wouldn’t start. This really stressed me out! This theme really bugged me -- I just spent a ton of money to have some reliable engines and nothing. As it turned out, the batteries were just dead, and I had Alvaro replace the fuel filter assembly, so the engine needed priming as well. The root cause was that the new Victron battery charger gave up the ghost. We got things charged again and primed the fuel. That solved the problem, at least for now! A serenade from a local musician really helped. 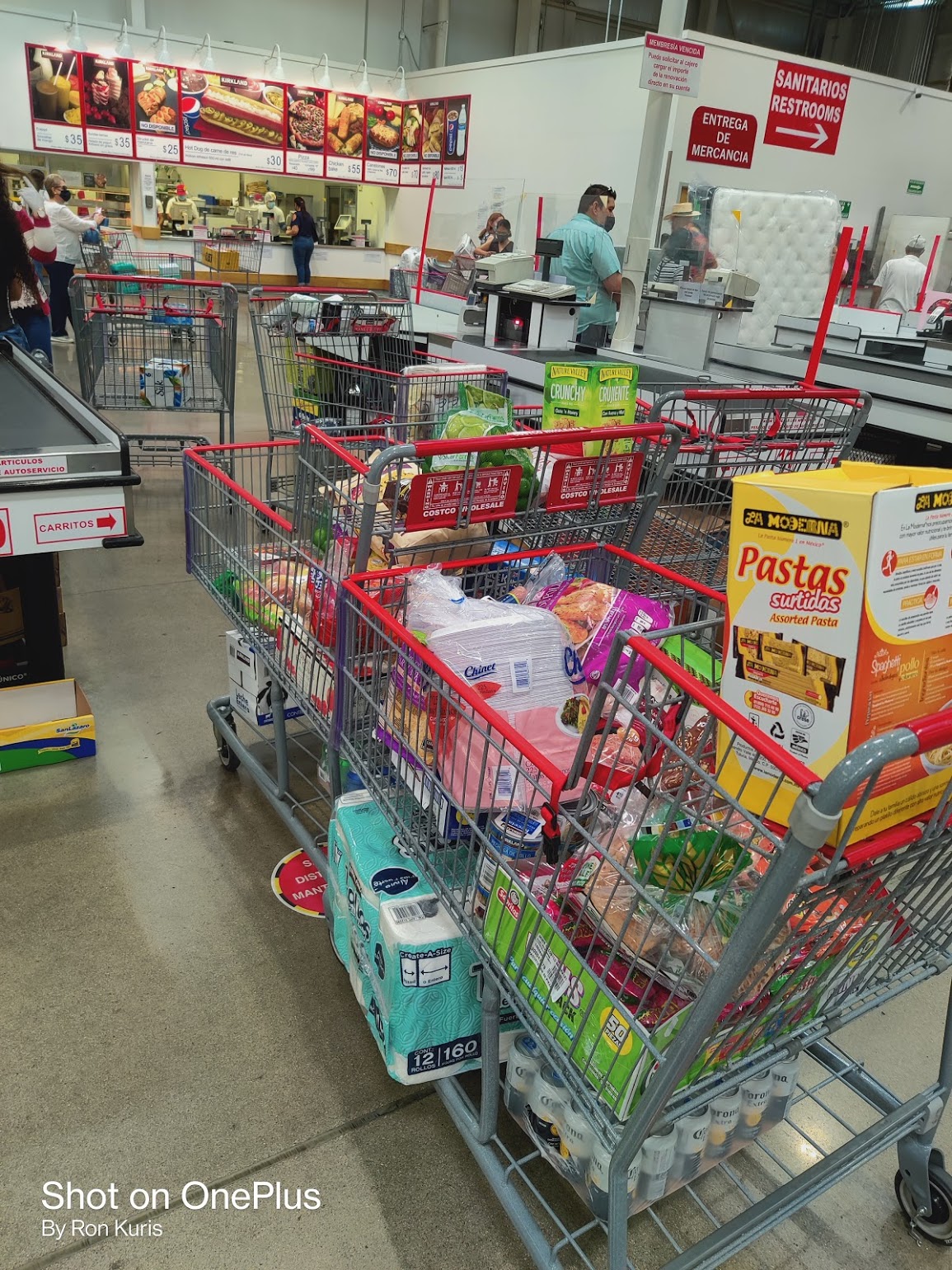 Here’s what provisioning partially looked like. It was our Costco shopping cart on the way out. We did really well provisioning for the trip. We had some leftovers, but we also arrived way earlier than expected. Jack and his amazing cooking were super valuable, and Dave did a lot of the cleanup. We didn’t pick up Piero until we got to Cabo.

While I wished we could have made one last stop at Isla Isabel, the weather was good, and things looked good up the coast for our departure, so we motored pretty fast along this leg. 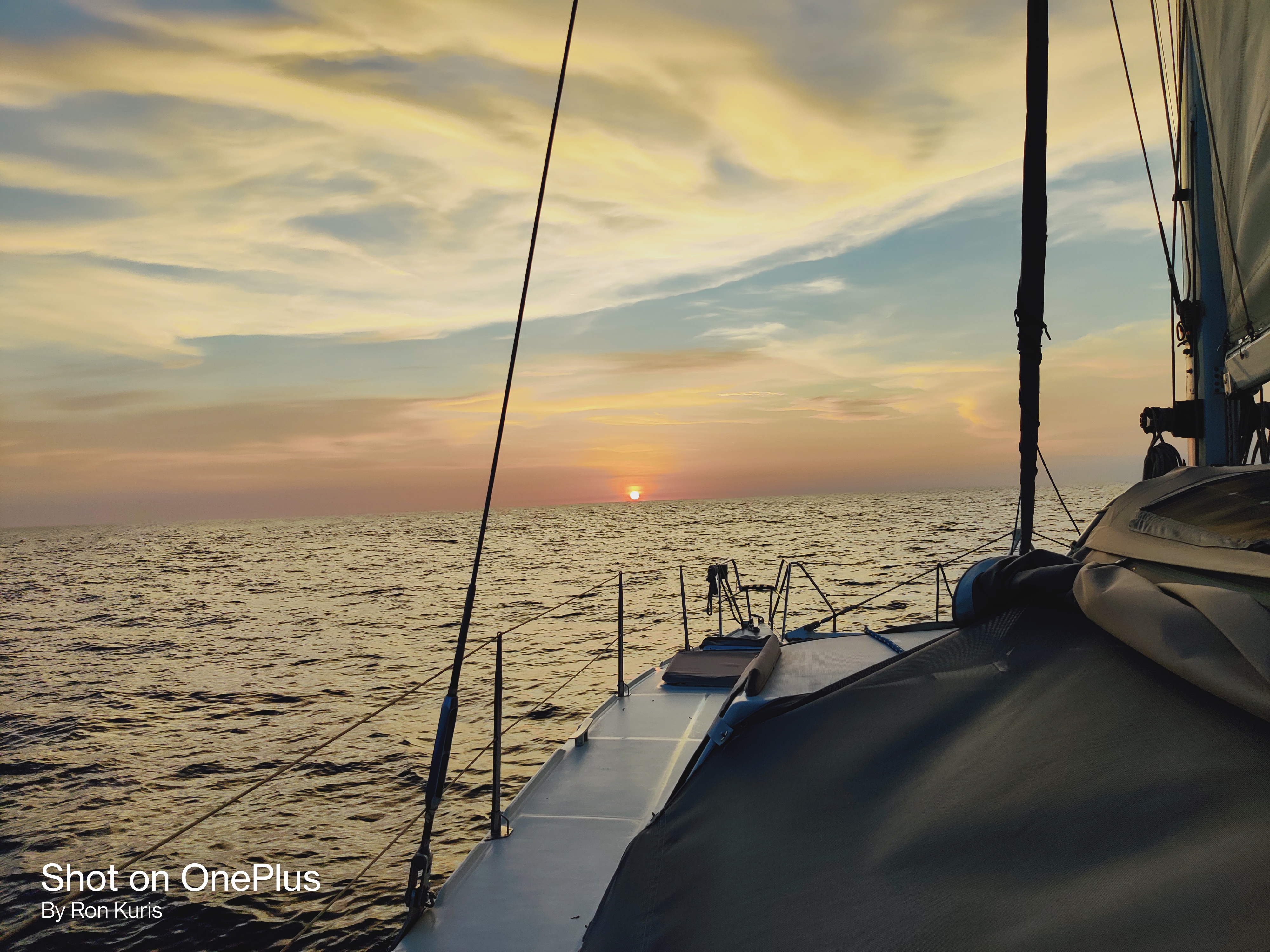 As you may already know, we managed to leave PV on July 2nd, at around 16:40. The winds were calm, and stayed that way through the night. In the morning, Dave caught a yellowfin tuna. We didn’t see any other boats on radar all day. But I suggest watching my Dave the Bird Tamer video which shows how we took care of our “hitchhikers” the next day. And we had sunsets like the one in the second picture -- our first sunset of the trip.

On the approach to Cabo on the 4th, we had possibly the worst weather for the entire trip -- 15-25 knots of wind about 30 degrees to the port side, along with some significant wind waves (about 6 feet). A car that holds the clew of the main to the boom broke, also the only rigging damage for the entire trip. 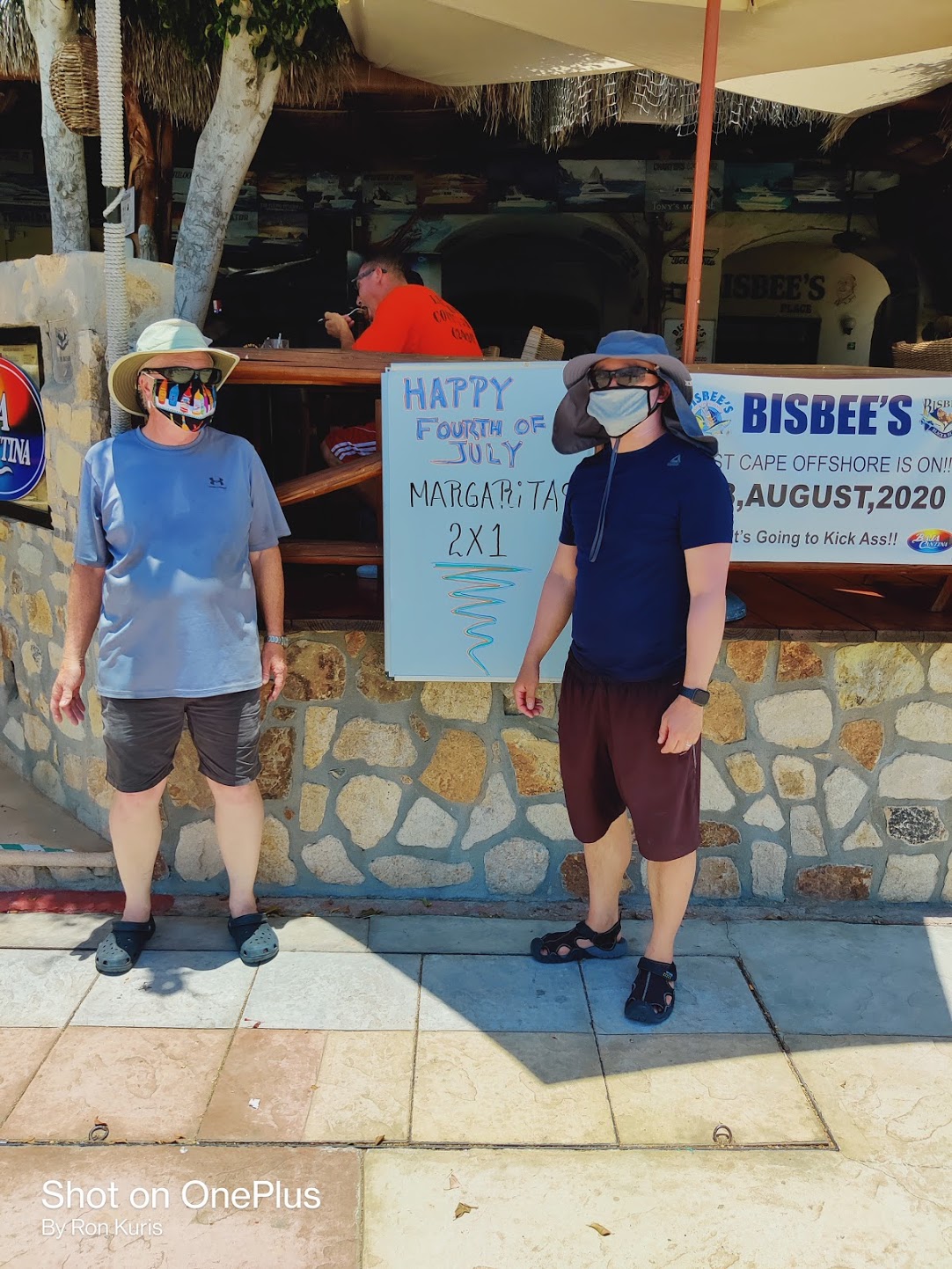 On arrival in Cabo, we docked, and then had to move the boat a little to make the marina happy. We ended out just across from the fuel dock. So, we figured we needed fuel, so I started up the engines and, lo and behold, the port engine wouldn’t stay running. As it turned out, we were actually out of fuel! We took fuel from a jerry can and she started right back up.

Dave was kind enough to point out that of the 6 starts we had attempted on the engine, only 3 of them worked. I know he was keeping track. Especially since the next time we attempted to start the starboard engine, it again wouldn’t start, this time from a loose battery junction. I still paid for his margarita. What was I thinking?

I kept telling myself the engines were fine, but the batteries and the wiring, especially the older wiring, we just a mess. And, that’s what caused the whole problem. 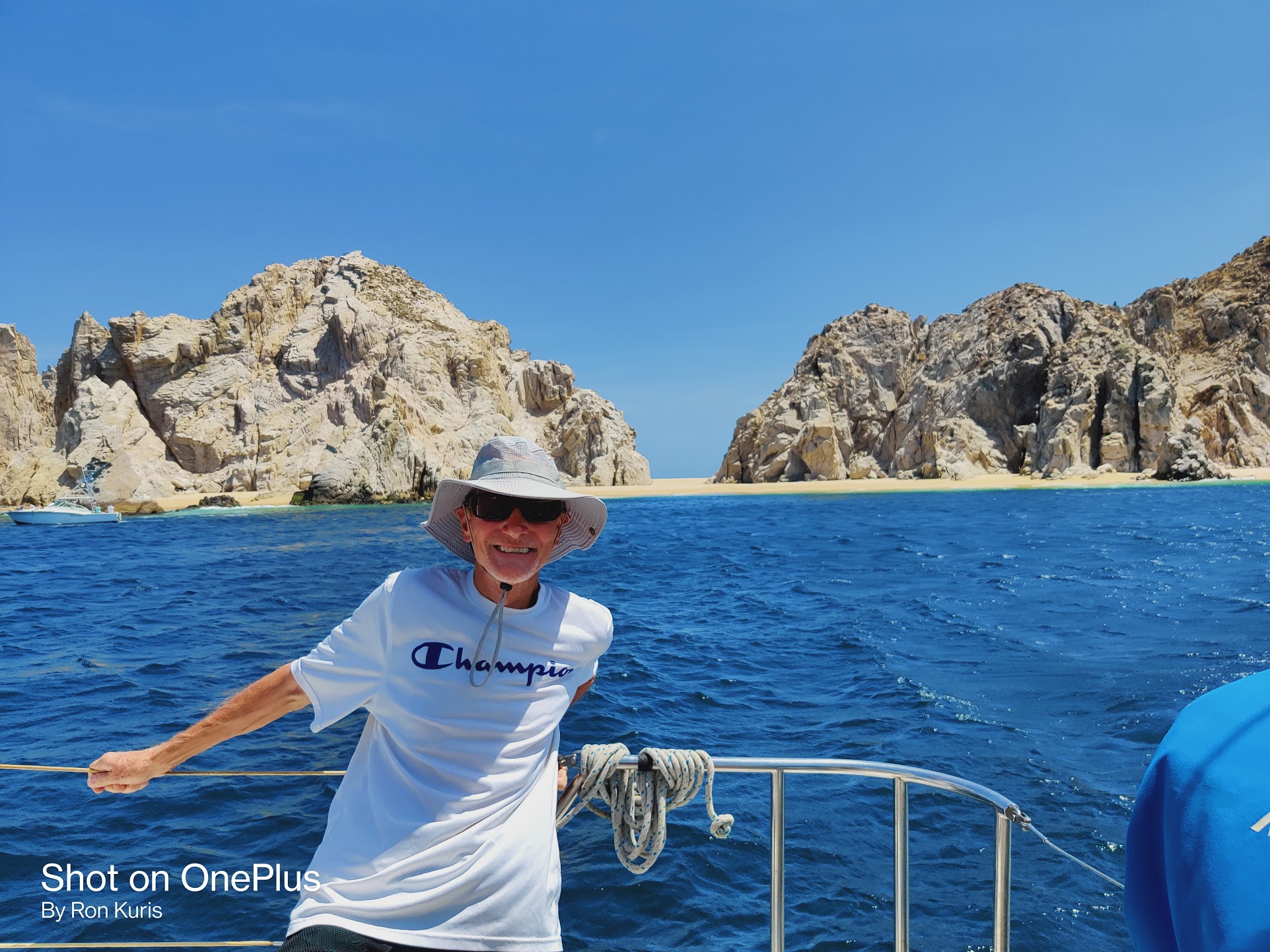 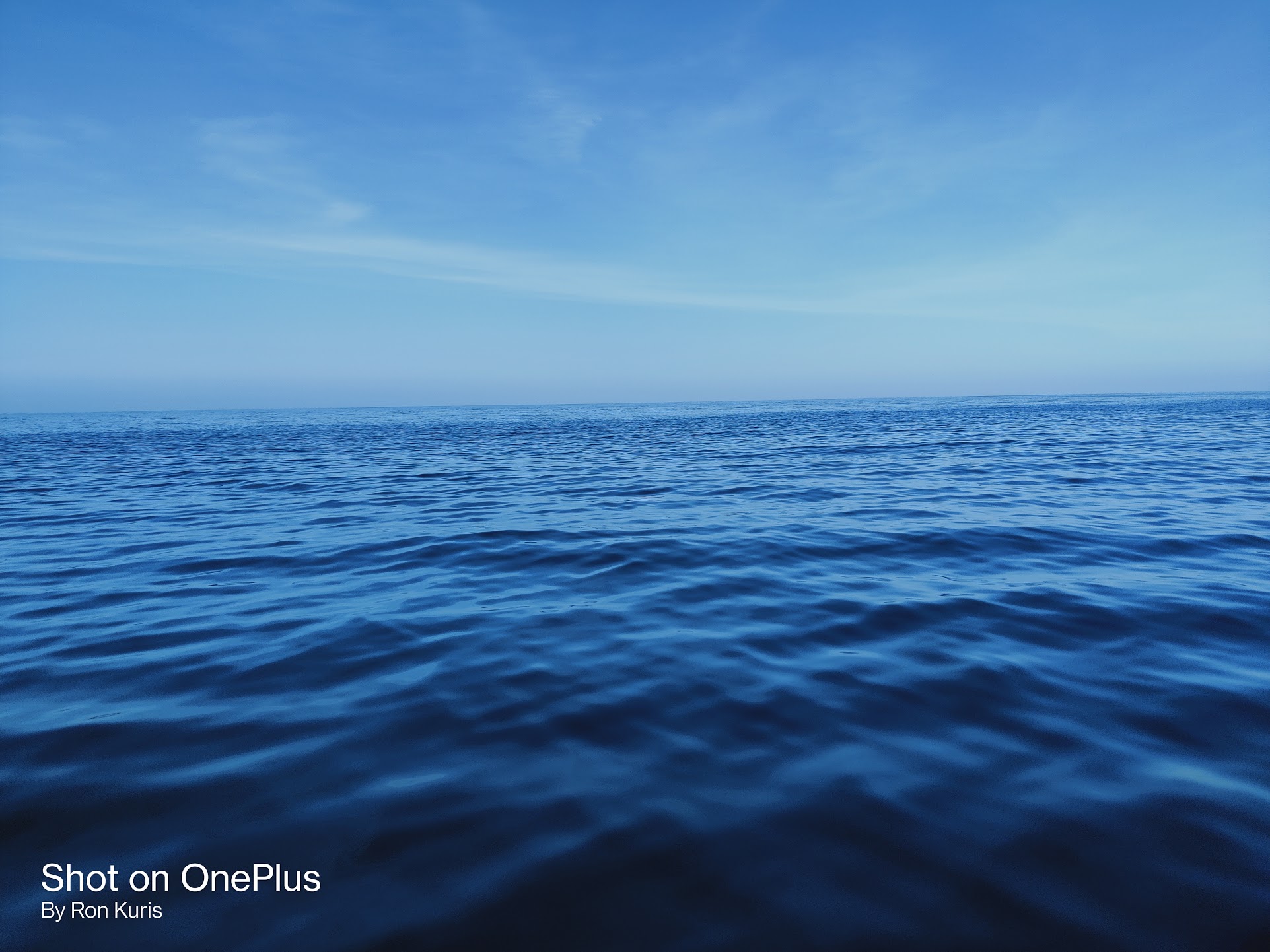 We changed the oil, joined Piero, finished our exit paperwork, and then headed off since the weather looked fantastic. And it was. We rounded Cabo Falso and weren’t even sure we passed the rougher weather. Look how flat the seas were at times.

Check out the amazing video! We had several great days with good food, good company, and easy motoring. We used the sails some but ended out dousing them a few times since they weren’t doing much.

When we arrived at San Diego, we looked at the weather and it looked pretty flat heading up the coast. We were all in pretty good shape and we didn’t really want to fly home, so we just plugged on. That was also pretty uneventful except toward the end, where we actually had a southerly breeze, although not a very strong one, as we got closer and closer to San Francisco. We did have one short weather delay which made our Point Conception crossing really easy. We hung out in Santa Barbara for one night.

I posted a few entrance videos to Facebook so I won’t repeat them here. But the final entrance was great; here’s an amazing video!

Particularly amazing was how hard it was to get the spinnaker down. Poor Dave. He deserved it though after those failed engine start counts. Ah, Karma.