I spent a longish weekend tending to Jane’O and had some great progress! But, before I get into that, a slight crew announcement:

The good news is I have help from NASA. And a math professor. And some students. What problem can’t we solve?

And here’s the progress from last weekend:

Watermaker. The watermaker is working! 300ppm but still well within tolerance, probably caused by the gross marina water I’m testing with.

The root cause was that the through hull has failed. It was only open a tiny amount, and the valve is not doing anything. This was causing the pressure to drop when the high pressure pump was activated. Of course, I did a lot of debugging first, including replacing the boost pump membranes and the filters. CruiseROWater didn’t lead me in the right direction this time, but I still managed to figure it out.

AIS Transciever. I am super stoked to have the Em-Trak B360 AIS transciever working! The issue was that the connector for the antenna was never soldered on correctly. That’s fixed, and I left it on for an extended burn-in and so the data is being received automatically by MarineTraffic! This now gives a second way of locating Jane’O, particularly when she is near a port or a large cargo ship. A

Oil. When I got fresh oil, they only sold it in a 5 gallon drum. That’s kind of hard to pour out of, so we transferred some to a spare container last time I was down there. Now I got the rest of it transferred into some spare containers I picked up at Home Depot. I think that’s enough oil to get me back to San Diego at least.

Garage. The garage is sleepable again. This is important because I have 3 crew plus myself, so we’ll need someplace to sleep, particularly when we’re at anchor. I got a few Home Depot containers for organizing things, and they fit perfectly. I need a few more of them. 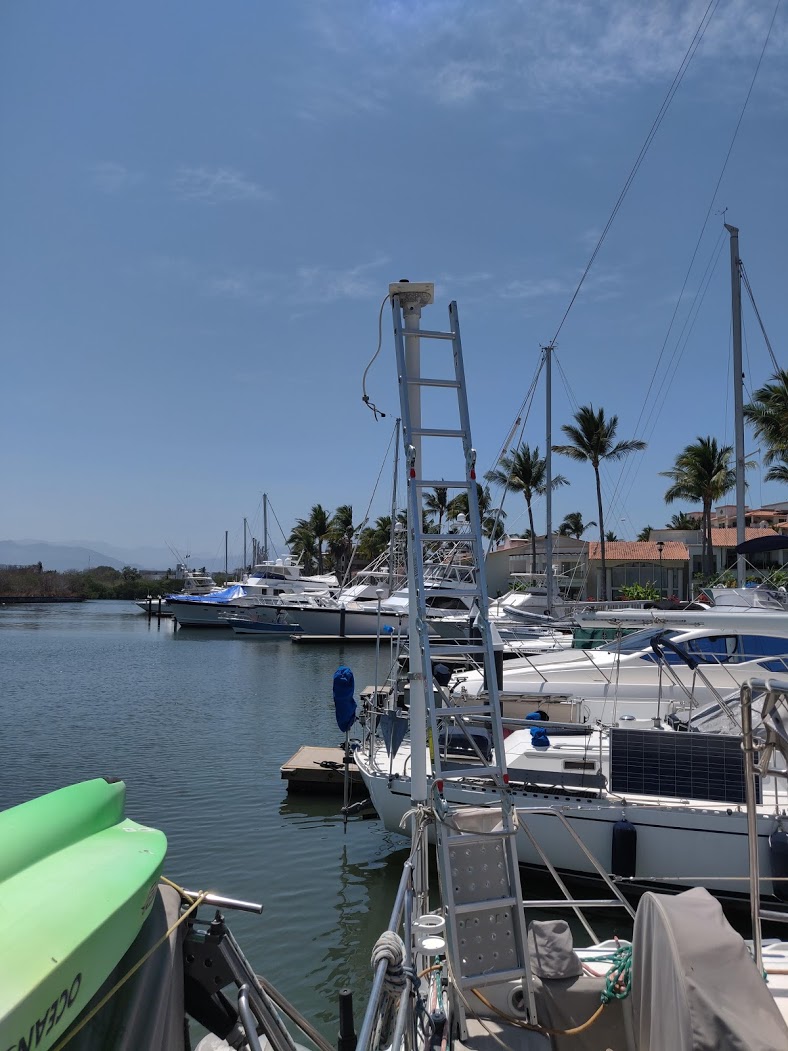 Radar. Time for a new radar. She’s dead, Jim. I think the flawed design of pumping so much power through a slightly corroded connection just isn’t a great idea. Even on replacing the connector and doing a thorough splice job, I still couldn’t get the radar to power up.

Look how bare Jane looks without a radar. If you look carefully, you can see the wires hanging down.

I ordered a new chartplotter and new digital radar dome. My, the tech has improved since this chartplotter was released about 15 years ago. Key differences:

TV. OMG the TV won’t power up. How will we watch movies??? This probably has something to do with the water that came in during that run from Mazatlan. I am pretty sure I can purchase a new TV and install it; finding one the right size will be the biggest challenge. It’s 38”x22”.

To-Do List. It’s still too long. However, there is now only one show-stopper and four on the high priority list. The show stopper is the bilge pump on the starboard engine. High priority:

Anyway that’s all for now!