Hooray! I have a full crew to safely make it from San Francisco to Hawaii! About 9 weeks remaining, and plenty to do.

Dave will take the aft starboard bunk, and is starting in Brisbane. He even volunteered to stay on the boat in Morro Bay. Jack and his wife Charlene will also be starting in Brisbane in the forward port bunk, but probably will be off the boat during the Morro Bay downtime. Gerry is a maybe from San Francisco to Morro Bay. I just have to convince him to take the port aft cabin. In Morro Bay, Ed will join us in that cabin and head to Hawaii.

I haven’t started thinking about the return trip yet.

I’ve broken down the list into “must do” and “really want to do” items.

Really Want To Do

It would be so great to get to all of these, but I suspect many of these won’t get done. 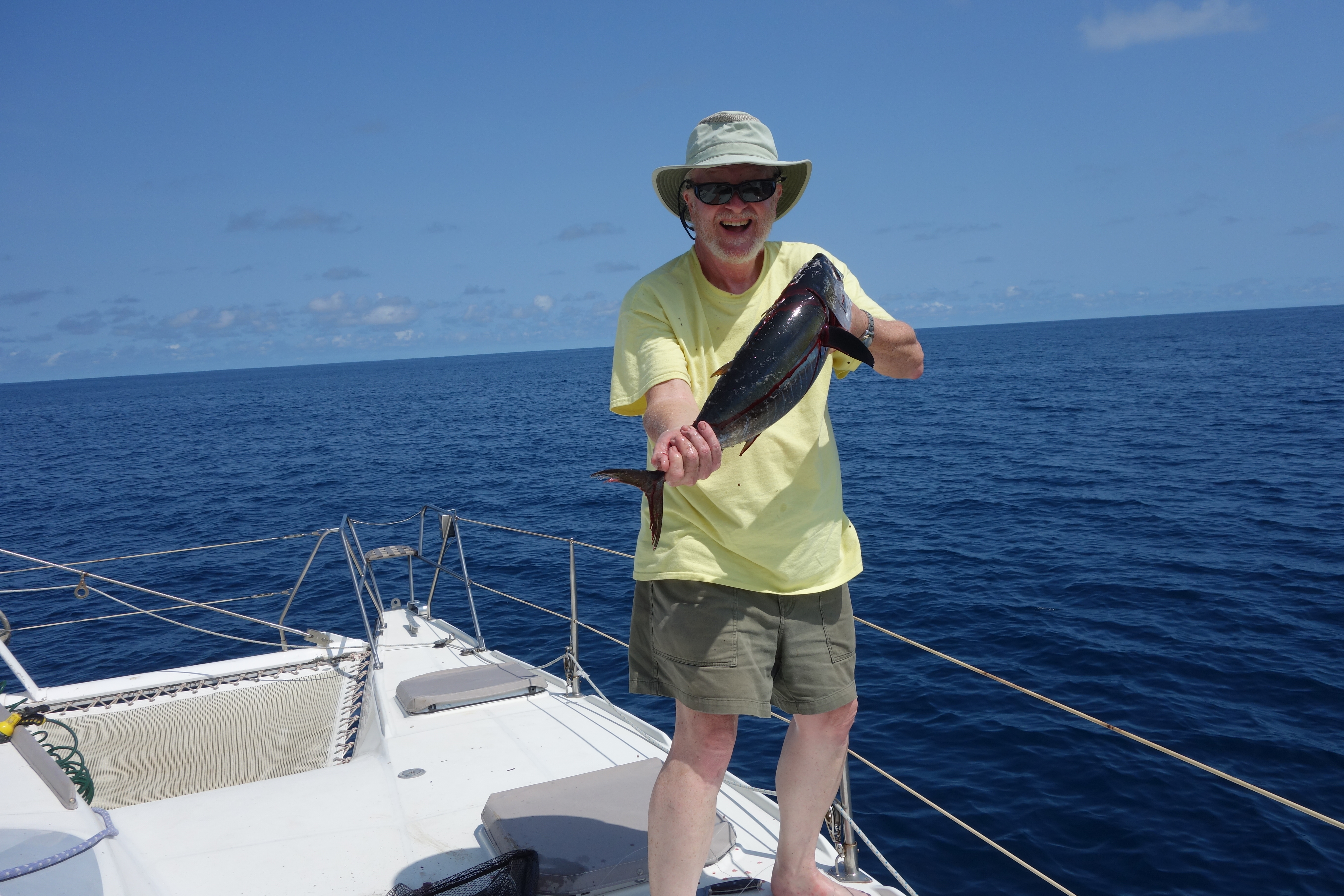 Here’s Dave with one of our fish from Mexico. It’s clear from the smiles on this picture and deliciousness of the seafood we need to step up the fishing game. We think we’re going to be averaging 6 knots, maybe a little more, following the trade winds down to Hawaii. I’ve been doing some reading, and as long as we stay under 9 knots, we should be able to catch some amazing fish.

First, we need to up the test to 300 lbs. Although we don’t expect to catch anything over 40 pounds, some of these fighters know how to pull pretty hard, and have broken smaller lines. It would be amazing to catch a marlin.

Second, we need some better lures. In particular, we need the lures to be underwater a little, more than we did in Mexico. And, we probably want them further behind the boat so the fish don’t get scared off.