I'll be drone for Christmas

What do I have in common with drones? Well, there is something that is at the heart of every drone. I mean right in the middle. Literally. If you look closely at the word “drone”, you will find something interesting smack in the middle of it (hint: middle 3 letters). Unfortunately, this is also true of “wrong” but I have always believed I was in the middle of every wrong.

Flying was fun, but I was really nervous. I was worried I was going to crash into one of the shrouds or something. It required a lot of concentration but it was really easy to fly. Preparation is a bit hard; I suspect it will be a challenge to take off from Jane’O, but I’m going to attempt it. Probably not possible while at sea, unless conditions are pretty calm. 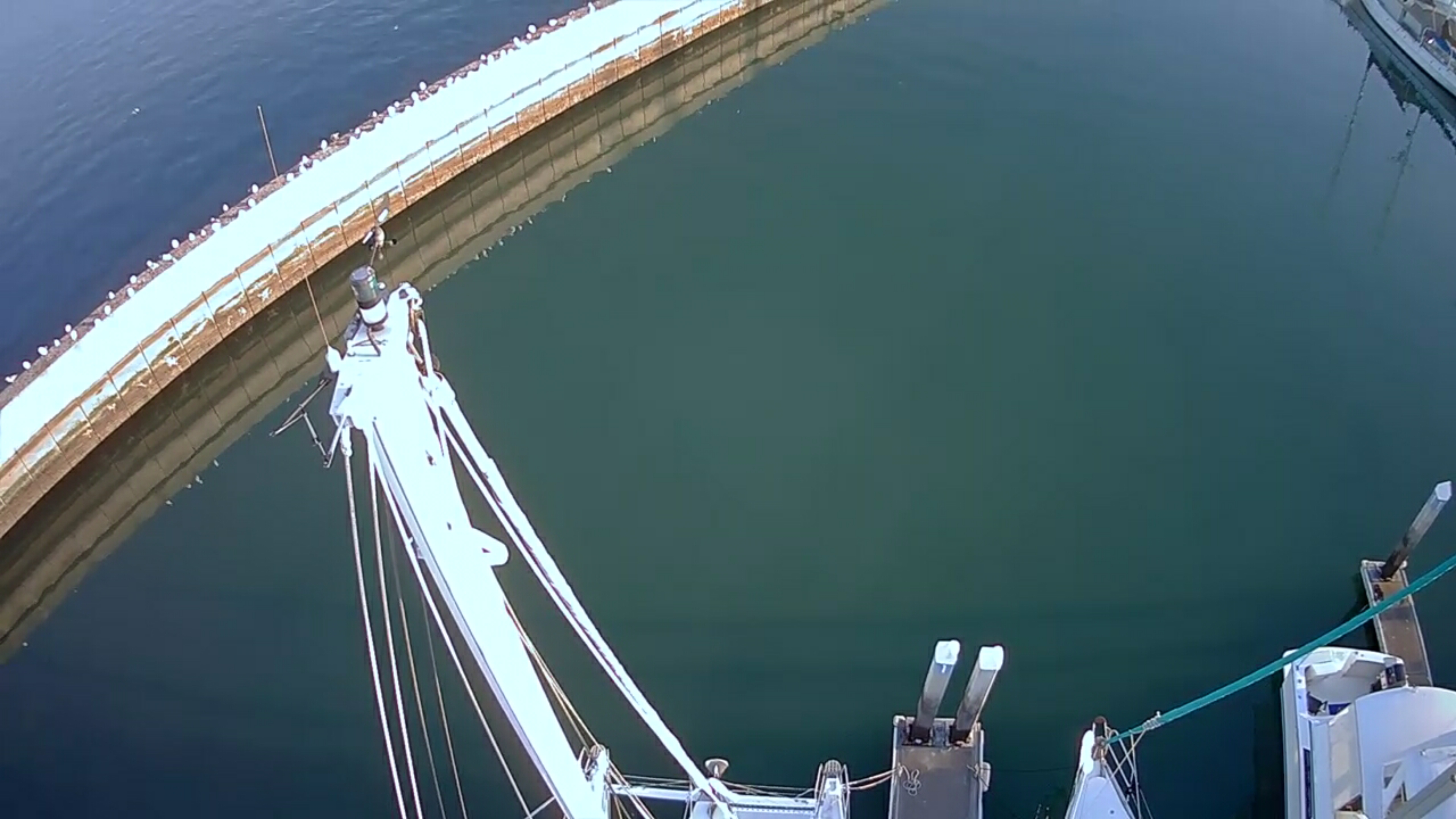 The reason for the drone flight was to look at the masthead wind indicator. It’s on the safety list. This photo barely shows that it seems that it’s hung up on one of the flags (bent up), which is an easy fix. I thought a bird damaged it, but now I’m not so sure that was the cause. I will still need to climb the mast to fix it, but it’s good to know what to expect up there.

Also, you can see the trampoline is halfway done. Dave and I are going to finish the other side today (maybe, there is still a lot to do). Speaking of which:

Things finished on the “must do” include:

Dave and I successfully deployed the liferaft, and guess what! It inflated! We probably wouldn’t have died if we needed it, and it was in surprisingly good shape despite being built in 1989. The new one should get here this next week! At least I now have a better clue as to exactly how this liferaft worked and what to expect. I think it would be really hard to get in that thing in the ocean.

While plunking around in the engine room, I noticed one of the exhaust clamps had broken. Not a big deal, since there are two clamps on each exhaust fitting. If these were to come loose unexpectedly, the engine room would fill with lots of raw water and exhaust fumes. I’m thinking about how to monitor for this. One option is to wire an alarm in parallel with the bilge pump so you’d hear it working and could investigate.

Today, I hope to finish the other trampoline and complete the wiring for the lithium ammeter.

I also spent some time installing a digital volt and ammeter, and discovered that with everything off, I’m still drawing 5 amps. That’s a lot! Turning things off one by one, I found two amps getting used by my Raspberry Pi plus the two low power dryer/heaters, and another 3 amps for the stovetop! The induction stovetop draws a LOT of power when not even on. So, I left it unplugged, and will consider adding a separate switch for it.

This was a good find. Now I know that I shouldn’t have that even plugged in when using the inverter.

Ted is printing up a shim so it looks like it belongs there.