Wait, there are tramps on Jane’O? Yes, actually, two of them. They are called trampolines, but tramps for short. And they are being serviced. They were starting to show some wear on the line that ran through the mesh and tied to the boat. In some places it was badly frayed. It was still pretty secure, though, since the line had a dyneema core that was just starting to get some wear. 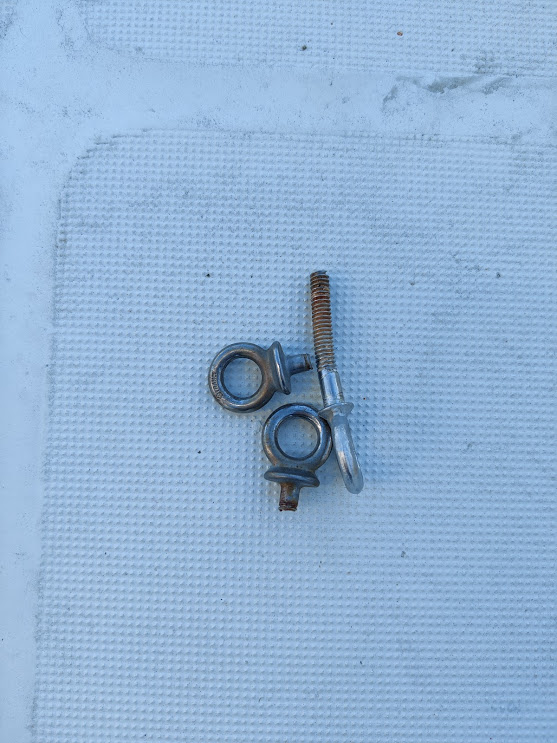 A bigger problem is that several of these stainless steel hooks broke off. As these go, some more start to fail. I’m going to replace the broken ones and better secure them with some epoxy. 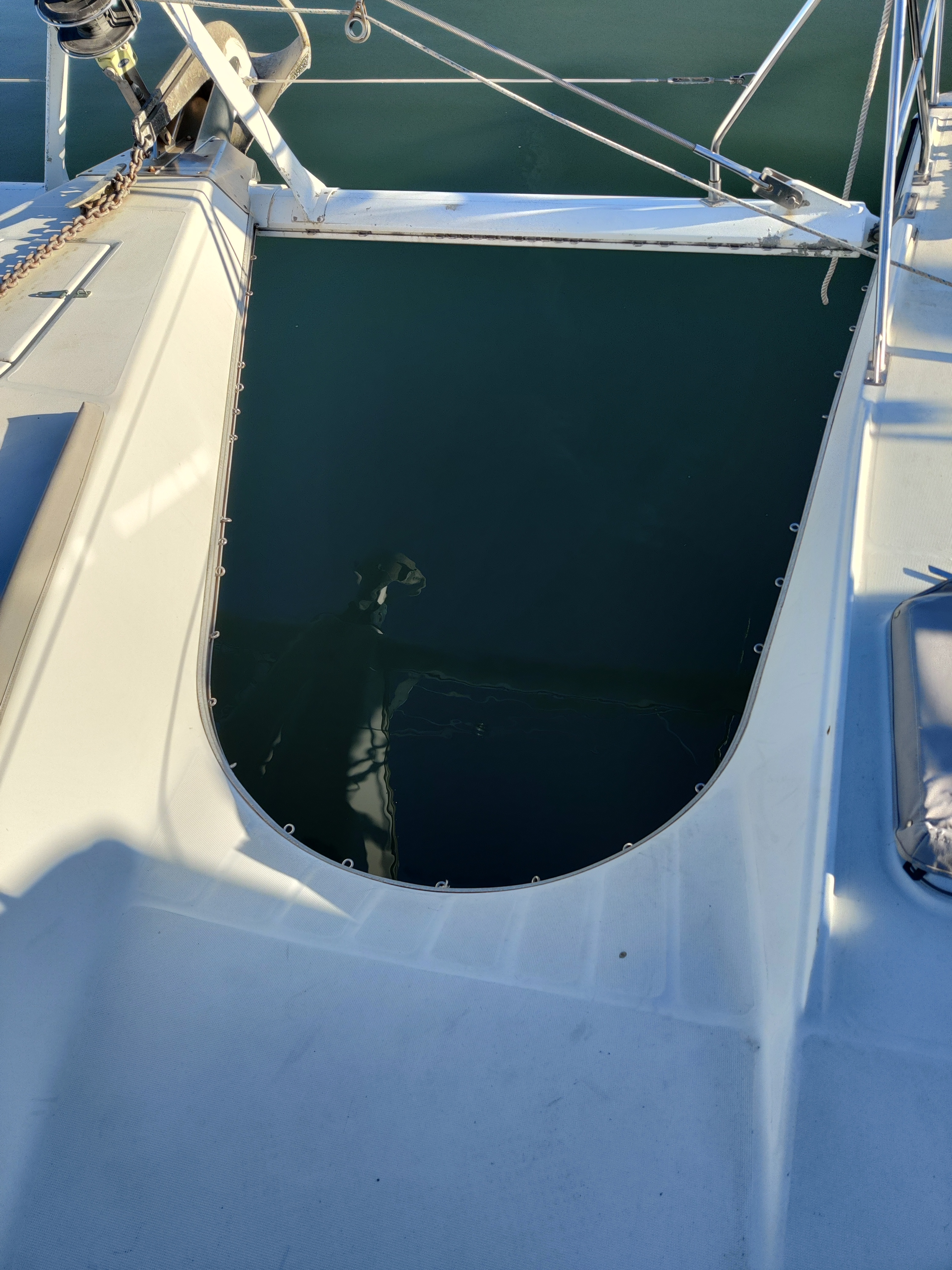 Jane’O looks so strange without those trampolines. I have new dyneema core line on it’s way. I’m going to flip them over and switch port and starboard, since the bottom side looks much cleaner and less sunburned than the top.