Hooray! The break-in is finished! Let’s go sailing! But before I say more…

I am still quite shorthanded for both the PV->Cabo (4 days from March 20) and Cabo->San Diego (14 days from April 10) legs. Originally I thought I had a lot of people for the bash, but everyone is backing out. Except Dave. Dave, you’re awesome.

Dave, and hopefully Sarah, his wife, will join me for the first part from Puerto Vallarta to Cabo. This means I have a full cabin left! Tickets are cheap -- about $400 round trip. That plus a little bit for food and you’re good to go.

On the bash, I only have two people now. I need three, ideally four. I’ll be reaching out for volunteers. Airfare southbound is included!

Please reach out if you have interest.

It was a great trip around Bandaras Bay. We saw a few whales. The boat performed flawlessly by engine.

There are a few problems, all of which can be fixed fairly easily:

On the plus side, we were able to cruise around all of Bandaras Bay, visiting La Cruz, and Yelapa for a late breakfast and late lunch. 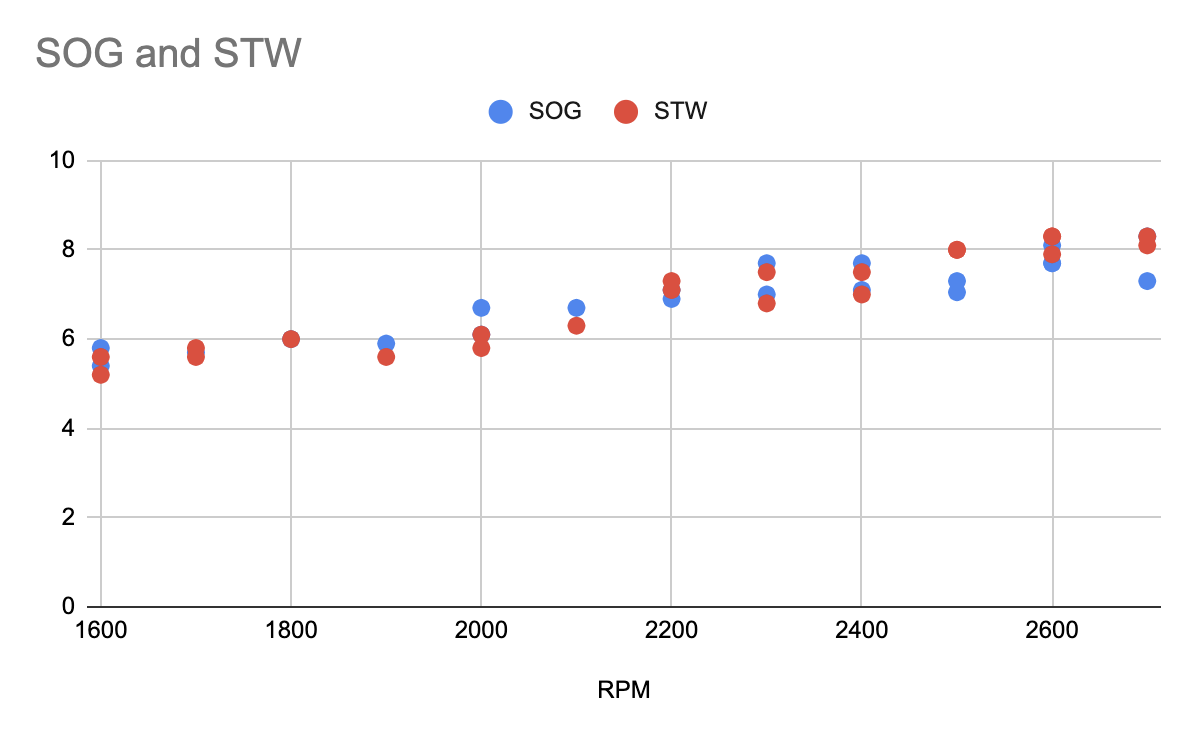 Here are the performance numbers we got from the break-in (click on the graph to enlarge). Note that the boat top speed is now just over 8 knots, and we couldn’t test above 75% of max RPMs so I don’t have numbers there. Once we repitch, all of these speeds will be shifted over a little, I think. I’ll have to take new measurements. SOG is probably more accurate than STW since that depends on probably random currents.

The other exciting info is that even on one engine we can do 6 knots, giving a phenomenal range, and if we want to do 7, 7.5 or even 8, at the cost of fuel, that’s possible. This is a far cry from the 4.5 knots we did on one of the older Yanmar engines, or around 6 knots with both engines.

These engines are not without flaws, so I’m going to air them here: