The TIP is done! 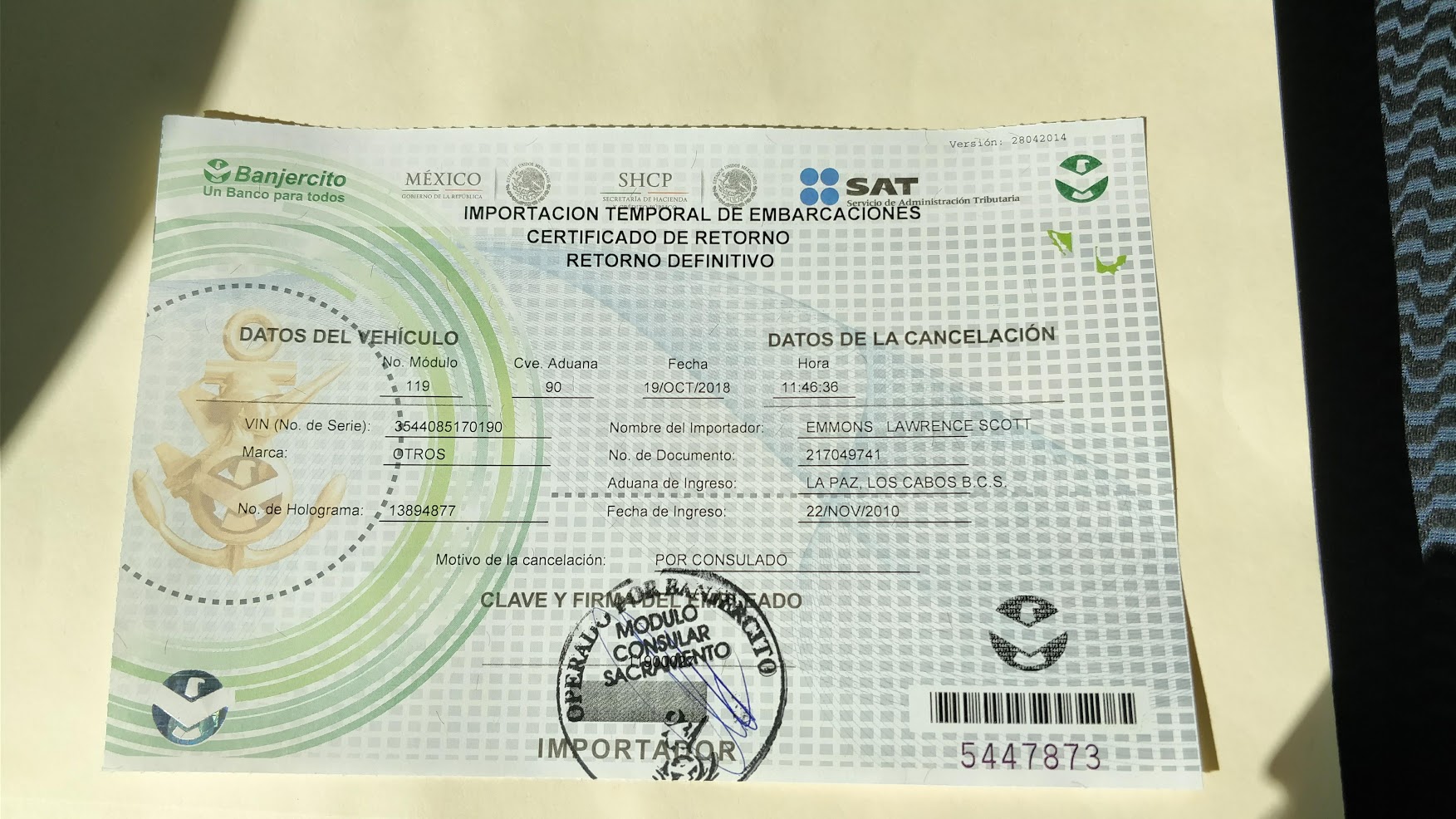 Looks like I have a cancelled TIP! I can’t believe how hard this was. I think I can now go to Mexico and not get my boat impounded. Lets hope so. I’m awaiting confirmation from my ship’s agent in Cabo, but my understanding is that I can get a new TIP when I arrive. If someone can confirm this for me and post a comment, I’d be very appreciative.

The trip down south was still really good. Blaine now has two passages under his belt. A lot of things worked well -- the AIS receiver makes crossing the shipping lanes easy. We crossed them several times and were able to adjust course to keep well clear of those big guys, even in the middle of the night.

Focus on the port engine

It’s been challenging to get the port engine well maintained, and it shows. There are now several major problems: there is a fuel leak near the fuel filter, there is a hole in the hose from the water pump to the heat exchanger, and there is a bad engine mount. Once the engine is realigned, it should run a lot better.

The boat’s now in SoCal and from here, it’s pretty easy. I’ll probably stop in Avalon. Again, there’s lots of room -- I’m going solo unless someone wants to join me. You’ll get to see stuff like in this video.

Off to the airport for me. Another update will happen later!