Jane’O is now happily in her third anchorage since arriving on the leeward side of the island, so I figured it’s time for an update on the places we visited. 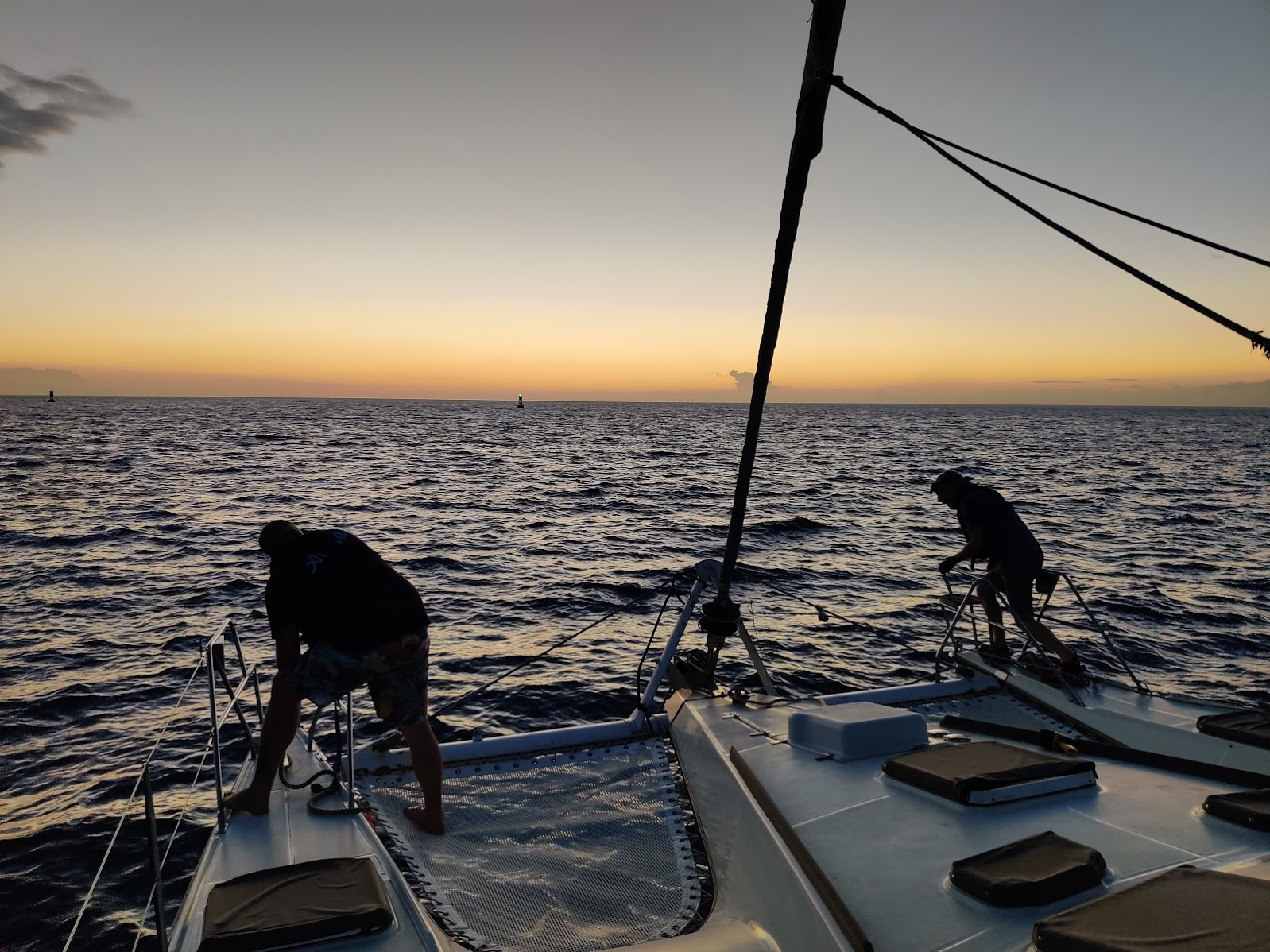 Our first anchor spot was surprisingly close to shore. We anchored tucked in a little bit based on a post from the Coast Pilot in about 30 feet of water. It seemed kinda close to me, but we calculated that we would have had to have had a lot of wind blowing us to shore. It was hard to find a sandy patch since it was dark, but my amazing light saved the day, cutting through the 30 feet of water and confirming what the chart already said: this is a sandy bottom area.

We had to do some quick calculations to ensure that we wouldn’t float into the channel either. It was kind of a tight fit, but after a long sail through a tough channel, we set the anchor pretty hard and crossed our fingers. Seems like we were set really well, as we never moved much.

This anchoring location was great. The trade winds were blowing hard from the east or southeast, keeping us far from shore, but even when there was a fresh ocean breeze, we were still far enough away from the land to let me sleep well. Where the boat was there were hardly ever any whitecaps, even when it was blowing upwards of 35 knots in the harbor. The harbor had a few boats in there that were getting kicked around pretty hard, but we were quite happy just outside the harbor.

The harbor is designed mostly as a commercial harbor, so it didn’t offer any slips or even allow for temporary docking. There were some amazing tug boats dragging tons of fuel into the dock. They came from Honolulu most often, dropping off fuel to keep the big island powered up. We kept our AIS on at night to ensure that the ships coming in saw Jane’O clearly out of the channel.

We were able to tie our dinghy up to the launch ramp and get some food and even some fresh vegetables at a local farm stand. It was nice, but we wanted to move further south. 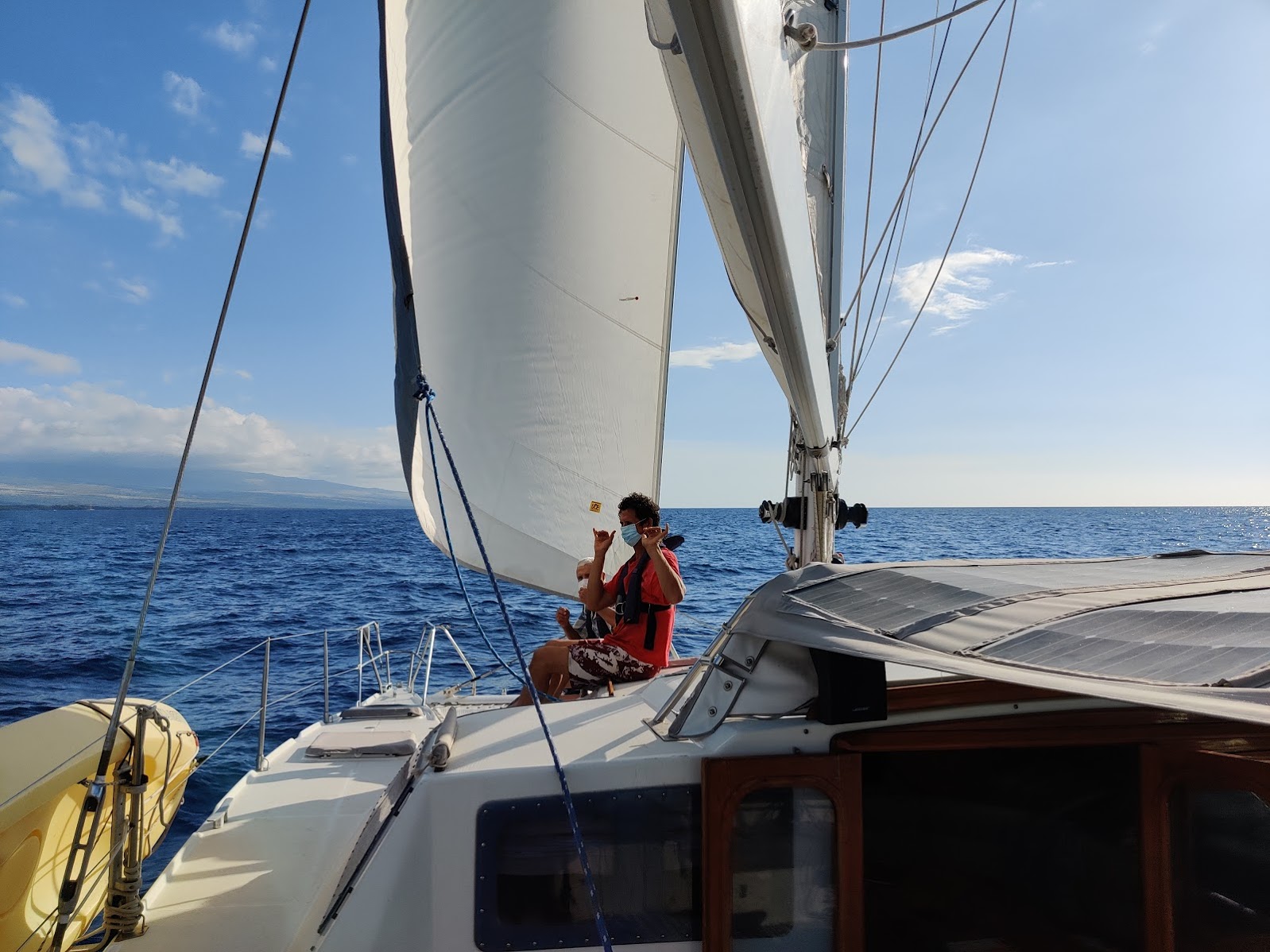 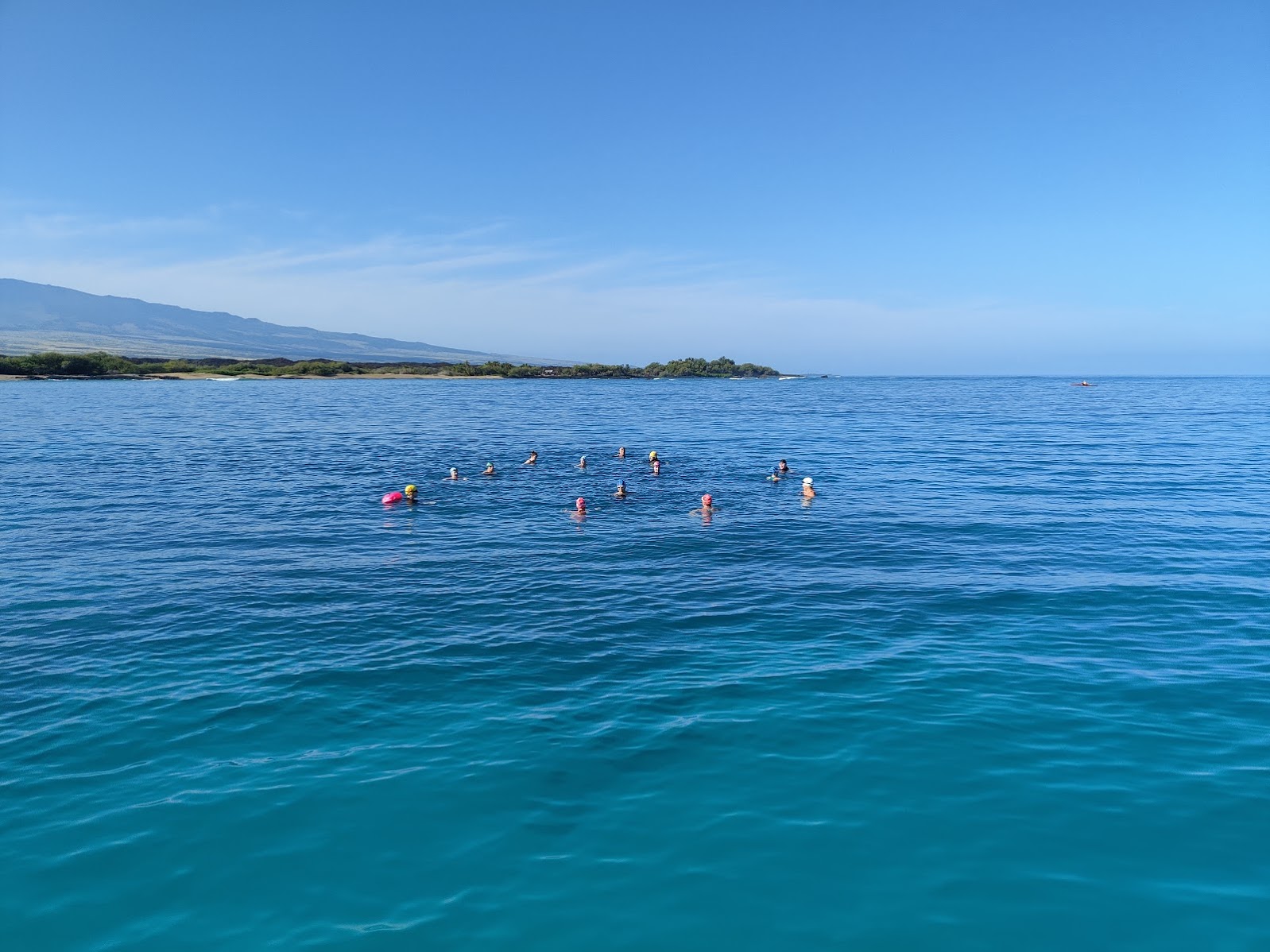 Anaehoomalu Bay, as mentioned in my last post, is called A-Bay. I rounded up a few locals -- Joshua, his wife (I am sorry I can’t remember her name), and Jerry. After a fantastically easy sail south, these three helped us find a good spot in A-Bay, using an unused mooring ball owned by the hotel. It was a Mariott, and they were very friendly; I would highly recommend it! There were several good places to eat nearby, but you had to hike across some pretty serious lava rock or take the long way via the road to get from the beach to anyplace reasonable. And they were only reasonable. The wine bar was a nice addition.

Swimmers would routinely come out to visit us, even though it was about 300 yards from the beach.

There were also some petroglyphs close to the hotel that Ed and I hiked out to one day, along the Kings Trail. Pretty spectacular. 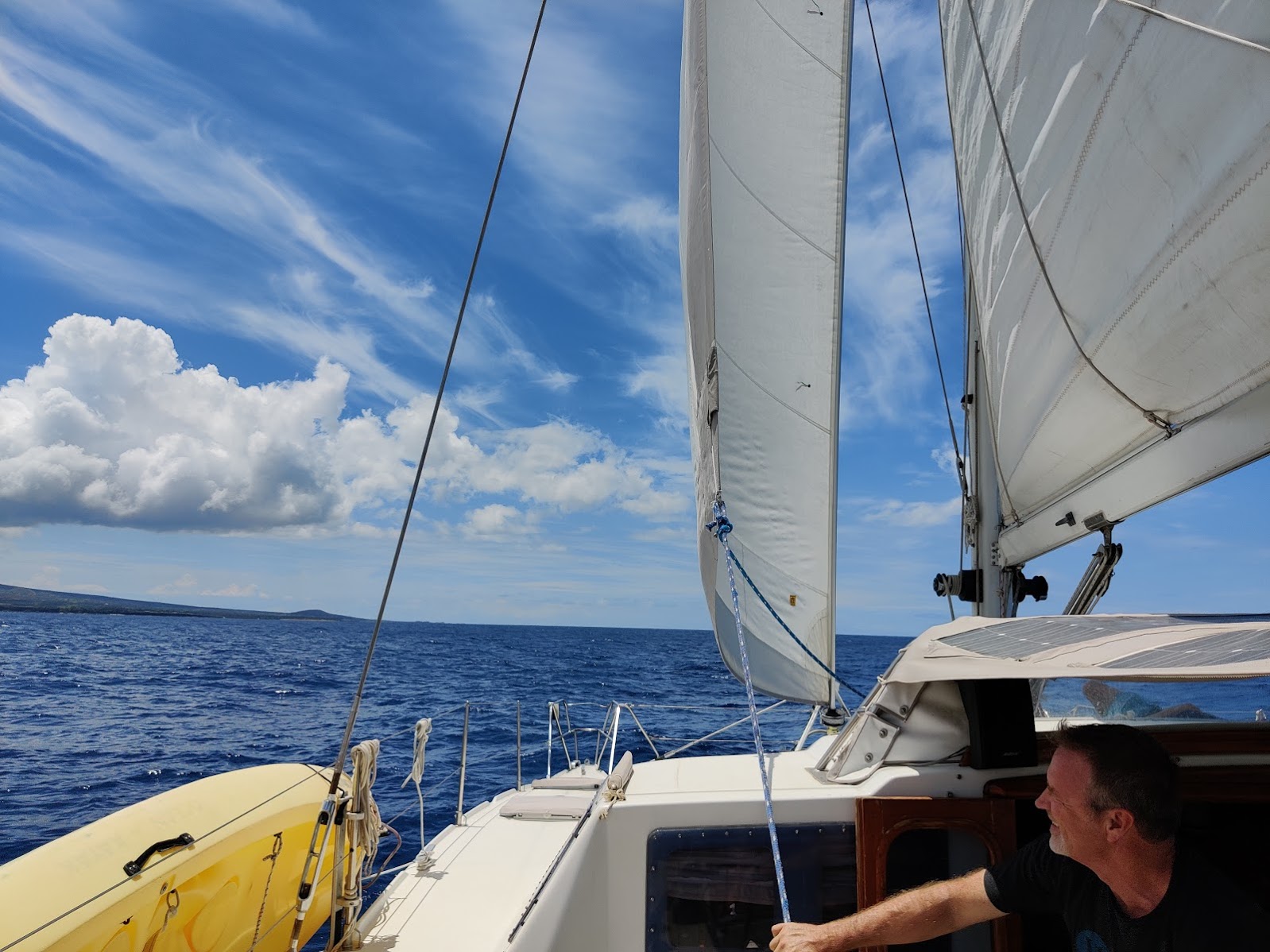 And that’s where Jane’O is now. We found some tourists at the hotel who assisted us on the transit south. Ed had hurt his back so for a complete change in pace he didn’t do much on this trip (despite my repeated attempts at sarcastically complaining about him doing nothing). He still wanted to do things even though he was in a bunch of pain. They say doctors make terrible patients; now I have experienced that first hand!

This bay is quite different from A-Bay. There are tons of restaurants and shopping there, along with some homeless people hanging around near the dinghy dock. We ended up anchoring in a swell-laden zone and moved the boat a little further northwest for a better ride at night.

And the story continues! I’m just now starting to think about the return trip and the work to get ready for that, as well as a trip out to Maui.